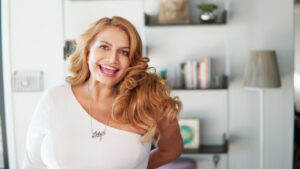 Kimberly Miles is president and founder of TPC The Payroll Company HR Consultants, Nevada’s largest privately-held national payroll and human resources management firm. She brings over 2 decades of experience in human resources, taxation and business management solutions to businesses nationwide.  In 2000, Miles launched The Payroll Company, which rebranded in 2010 to TPC The Payroll Company HR Consultants, to counter the lost human connection and empathy that large payroll and HR companies often have for small to mid-sized businesses. TPC brings back the human aspect of business solutions services and truly takes the HR and payroll pain out of running a business.  Miles has brought TPC from zero to million-dollar revenue streams paying more than 28,000 employees in more than 38 states with a multitude of clients and growing.

A versatile business owner, Ms. Miles engages in commercial real estate ventures. She is president of two commercial property communities and manages the businesses’ multi-million-dollar revenue streams. She also is a speaker, radio personality, master connector, entertainer, multiple-industry entrepreneur, philanthropist, survivor and mentor who is passionate about empowering others. As a community activist, Kimberly consistently supports causes from animal rights to the advancement of women. In 2015, she focused her charitable work on her true life’s passion for eradicating modern-day slavery by founding the B.E. A S.H.E.R.O. Foundation. SHERO provides critical resources to support, sustain, and empower young girls and women, under the age of 25, who are victims of human trafficking, domestic violence, abuse and neglect. With her husband, Eric Miles, Kimberly started Miles 2 Go Vegas, a community-based, socially-conscious action group that promotes social change from within each individual and their community and upholds dignity in all life.

In 2021 Miles was awarded the Soroptimist International Ruby Award: For Women Helping Women, and in 2020 was awarded, The Silver State Award for Humanitarian of the Year, Bronze Medal for the Governor’s Point of Light Award in Nevada and the Stevie® Award for Women in Business, as well as the Influential Businesswoman Award: Most Dedicate HR & Payroll Services Businesswoman (South West USA) & Best Woman-Run HR Consultancy (Nevada) in 2019.  She was also named 100 Top Woman in Nevada Award in 2018.  Miles was a founding board member of Dress for Success Southern Nevada and served as the National Association of Women Business Owners (NAWBO) Southern Nevada 2011 Chapter President. She was named Women in Business Champion of the Year by the 2012 Small Business Association and the Entrepreneur of the Year at the 2013 NAWBO Women of Distinction Awards. In 2014 and 2015, Kimberly was selected as a judge for the coveted Stevie Awards’ International Business Awards. She also was awarded the Las Vegas Business Press’ Largest Women Owned Business in 2015. In 2016, she was distinguished with the Urban Chamber of Commerce’s Women in Business and Politics Award, Women in Tech’s High-Tech Women Community Tech Award and a Woman to Watch in Technology in 2017, 2018 and 2019, Community Association Institute’s OPEM (Ordinary People, Extraordinary Measures) Award and Vegas Inc’s Safety in the Las Vegas Workplace Award. And in 2017, she was recognized as one of Vegas Inc’s Women to Watch and received The Golden Spirit Award. Miles was also awarded Most Dedicated HR & Payroll Services Business Woman Southwest USA by AI.

Miles has served in the following offices in community and charitable organizations:

A results-driven businesswoman with numerous accolades, Miles will tell you she is “living my purpose and moving beyond the license to empower others for a better world.” Through her own experience and personal growth, she confidently speaks her truth to inspire others. Miles is a survivor. In 2015, she focused her charitable work on her true life’s passion for eradicating modern-day slavery by founding the B.E. A. S.H.E.R.O. Foundation, a non-profit organization dedicated to providing resources to support, sustain and empower young girls and women under the age of 25 who are victims of human trafficking, domestic violence, abuse and neglect.